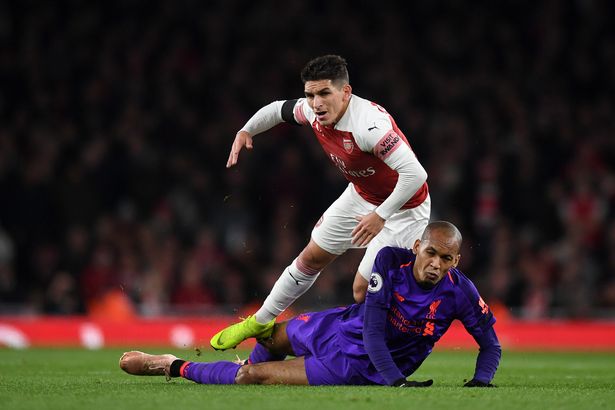 Arsenal legend Nigel Winterburn has heaped praise on Gunners midfielder Lucas Torreira. The Uruguayan has established himself as one of the first names on the team-sheet after initially struggling for game-time at the Emirates.

The 22-year-old was made to wait for his Premier League debut by Gunners boss Unai Emery, with his first start since joining from Sampdoria in the summer coming in the 2-0 win over Everton in September.

The diminutive midfielder hasn’t looked back since, and is fast becoming a fan favourite at the Emirates with his all-action performances. Torreira put in another fine performance in the middle of the park as Arsenal fought back from a goal down to draw with Liverpool at the weekend.

Talking to Love Sport Radio about the Emirates stalemate, former Gunners defender Winterburn was keen to point out the work Torreira puts in off the ball.

“When I talk about Torreira, I say to people ‘don’t only watch when he’s got the ball, take a few seconds when the ball comes through him or is in another part of the pitch, have a little glance at what he’s doing’”, he said.

“He gets the ball, he gives it, he moves it on quickly either forward or sideways but then he anticipates that it might be coming back to him or they might lose the ball and he puts himself in the hole where he thinks the ball might arrive again.

“He keeps the game very, very simple but it’s so effective. I said once we signed him that if he could perform to the level we’d been watching him play at, he would be a fantastic addition to the squad.”

Saturday’s point left Arsenal fifth in the Premier League table, five points behind leaders Manchester City ahead of the visit of Wolves next weekend.