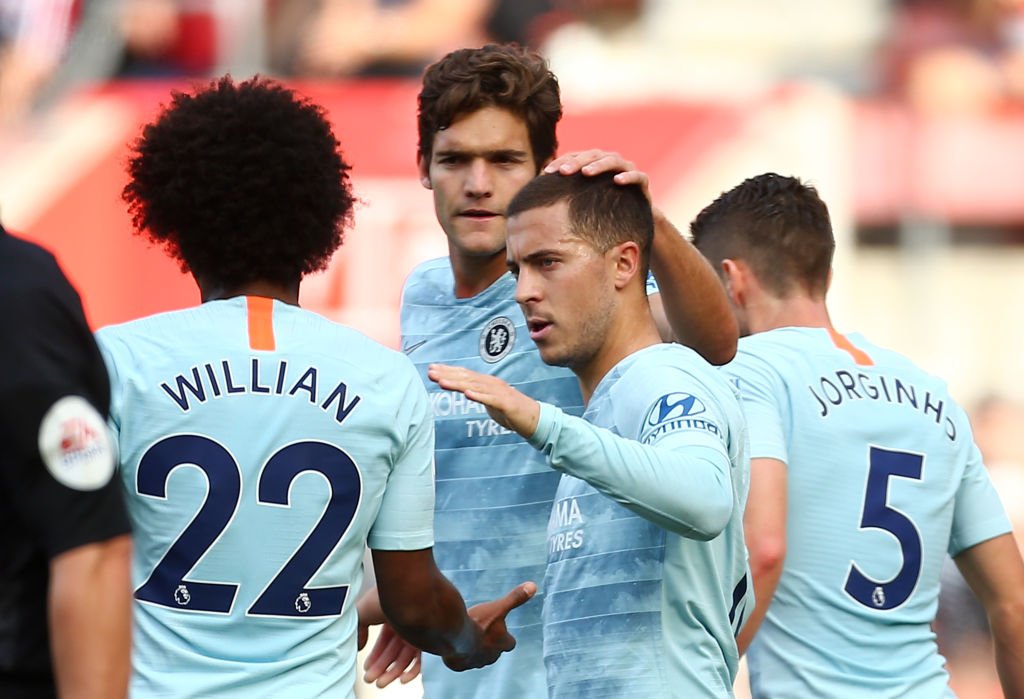 The ex Blues player and coach believes that Maurizio Sarri’s side are not contenders for the crown, even with a Belgian star leading their charge

The Blues have enjoyed an unbeaten start to their 2018-19 campaign, with a 27-point haul leaving them second in the table behind reigning champions Manchester City.

An eighth league success in 11 outings was secured on Sunday, with Alvaro Morata bagging a brace in a 3-1 derby victory over London rivals Crystal Palace.

Hazard returned to action in that contest after shaking off a slight knock, with an assist provided off the bench as he helped to keep Maurizio Sarri’s side among the early pacesetters.

Gullit, though, is not convinced that the Blues or their talismanic forward can sustain a challenge, telling BBC Sport: “Of course, Chelsea can rely on the brilliance of Hazard to get them out of jail sometimes. That is what happened when he came on in the second half and made the difference against the Eagles.

“One of the other criticisms that is thrown at Sarri’s side is that they rely on the Belgian too much.

“They managed pretty well without him in their win over Burnley last week but, on Sunday, they needed him to give them that little extra and take the points.

“But even with Hazard in the side, I don’t look at Chelsea and see a side that can win the title. Manchester City are better than them, and Liverpool are further ahead too.”

Former Chelsea player and coach Gullit believes that Sarri needs to tinker with his tactical approach in order to get the most out of those at his disposal, with much-maligned Spanish striker Morata having shown what he is capable of if given the right service.

The former Real Madrid and Juventus frontman has struggled for form throughout his time at Stamford Bridge, with Sarri admitting that his confidence is “fragile”, but he has found the target five times in his last six appearances.

“I have heard a lot of people say that this Chelsea team is missing a top-class striker, but they have one in the 26-year-old Spain international – they just need to use him in the right way,” said Gullit.

“The way they play would make it difficult for any centre-forward to be prolific, so I don’t think it is fair to say that the reason Morata has struggled for goals since his £60m move from Real Madrid in 2017 is all his fault.

“As we saw in Sunday’s win over Palace, Morata comes alive when the ball comes into the box and, to get the best out of him, you need to put crosses in.

“And if you give Morata that service he will do well – we saw that at Juventus and Real and, even at Chelsea, he scored more headers in the Premier League last season than any other player despite having a difficult season.”

Morata and Co will be back in action on Thursday when Chelsea take in their latest Europa League fixture against BATE, while their next Premier League outing sees them welcome Everton to Stamford Bridge.